From the Indignados to Occupy Wall Street: New Protest Movements and the Crisis of Democratic Capitalism

Wrocław recently held its yearly Global Forum, under the name: Reinventing the West: Prosperity, Security and Democracy at Risk? Important speakers from all over the world were reunited to discuss different topics related to European politics, democracy (or lack of it), and the socio-economic crisis. One particular Break-Out session caught my attention from the program. Three speakers, two from Poland, and one from Barcelona were invited on this occasion to analyze the new protest movements that have been taking place all around the globe as a reaction to the public outrage incited by the present critical situation confronting the democratic system. 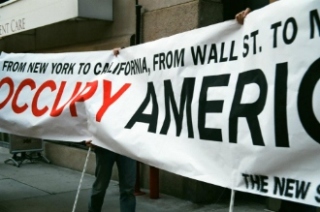 It is not doubt that capitalism and democracy as we know it is in crisis. A system that benefits only a few and is detrimental to the great majority proves to be more than flawed. As a result, new-class warfare has begun to stir up in different countries around the world in the hope of creating change. Elżbieta Matynia, a Professor from the New School for Social Research in NYC was the first speaker to share some of her ideas related to the Occupy Wall Street movement and its parallel to the Solidarity movement initiated in Poland as a result of the communist regime.
Are these manifestations capable of creating change? According to Matynia, the Occupy Wall Street movement, overwhelmingly humanitarian and powerful in nature, is trying very hard to be all-inclusive with regards to the issues it pursues and its membership. It is also surprisingly analogous to other movements such as the Solidarność in Poland or the reaction to apartheid in South Africa. When the good of society is at stake, the system reveals itself to be nothing but anti-democratic and to be working completely against the original values that comprised for the American dream ideal. There is no longer liberty and justice for all, nor is hard work paying off. In fact, according to Professor Matynia, ¨in the US, student debt is now almost twice as much as credit card consumer debt!¨ The ¨moral bankruptcy¨, of the system, as Matynia calls it, that is taking place in the US is very much similar to the privatization of nomenclature once communism collapsed. Both manifestations pursue the same objective: to create a government accountable to the people. 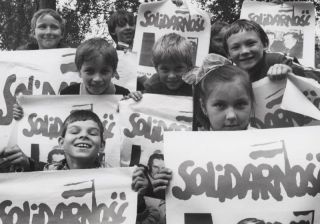 Jordi Vaquer i Fanés, the Director for the Barcelona Center for International Affairs, was the second speaker invited to take part in this session. Similar to Matynia, he described the present situation to be a ¨bubbling up of subterranean movements¨ that has been taking place not only in Spain and the US, but also in Italy, Chile, Mexico, the UK, Israel, etc. He mentions key factors that in his opinion have lead to this popular outbreak or ¨outrage¨, hence the word indignados. One of them is the rise of xenophobic populism; another is the fact that mainstream politics offer no real alternatives for the people. ¨Governments change, but the policies don´t¨, he says. People have become merchandise for bankers, politicians, and corporations. Levels of disappointment and moral outrage are sky high and the 15 Indignados movements that have been created demand the system to stop austerity by providing democratic renewal, greater political transparency, and better control of finances, housing and mortgage rights, and lower university tuition fares, among other things.
Contrary to other movements, the Indignados, according to Vaquer i Fanés, has been effective not only because of its message and ability to communicate, but because this movement preaches by ACTION, directly targets corporations (not politicians), and reflects a transnational inspiration. He believes this movement will make a difference in contributing to the austerity and growth debate, the revitalization of democracy, the changed relation between the media and political discourse, and the incorporation of new agenda issues, among other things. 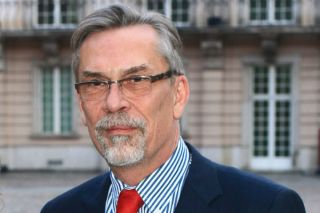 Last but not least, Jacek Żakowski, an eminent Polish intellectual and journalist, was the third speaker to expand on this topic. His contribution was more inclined to analyzing these movements from a social and moral perspective. He described the present situation as being an ¨inter-generation conflict, not fully about freedom or money, but more so about the dignity of the young generation¨.  The journalist created a parallel between the younger generations, and the baby boomers, which account for one third of the population. For ¨us¨, he says, referring to baby boomers, good jobs, full-circumstance employment, and housing were provided for those who worked hard, while the younger generation does not have these opportunities. In Poland, for example, he described the youth as being European as well as Polish, and anti-Catholic, or non-church practitioners- something completely different than what the baby boomer generation stood for. ¨30% of this youth¨, he says, ¨will leave Poland in the next 10 years¨. ¨The worst thing of all is that this doesn´t necessarily mean they will have a better economic life, although they will opt to staying abroad, because their quality of life will probably be better than in their homeland¨.
What does the future hold for our decaying democratic capitalist system and the movements created in search of its transformation? Nothing is certain, although one thing is for probable: these movements have initiated a global outraged reaction that will, with time (probably lots of it), and hope, contribute to an international reform to place middle class citizens´ rights as a priority for all.
Anuncio publicitario