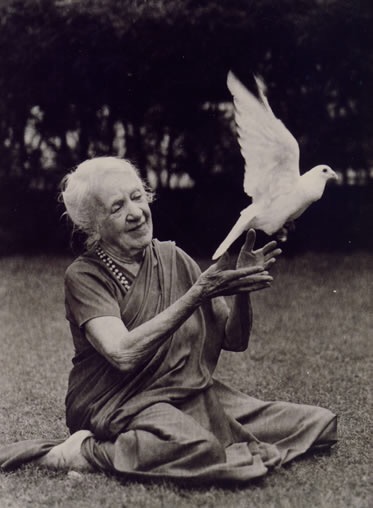 I just finished a marvelous book titled “The Goddess Pose” about the daring and impetuous life of a woman called Indra Devi. As is common upon reaching the last page of a book you are truly enjoying, I was quickly clutched with a sensation half way between sadness- for it was soon to be over-, and the need to share on Morphologie, how exciting the reading was. For those who have never heard of Indra Devi- and don’t feel bad, because for some reason bibliography dedicated to her is scarce- she was among many other things, the woman who helped popularize yoga in the West.

Born in the Latvian city of Riga in 1899 to a teenage Russian aristocrat mother, Eugenia Vassilievna, was unlike any other woman of her time. She was extremely avantgarde and Michelle Goldberg, the author of this superbly well-written biography, recognized Devi’s unconventional nature from the start of her writing. In fact, the book is cleverly divided into four parts, each of which is titled according to Devi’s identity at that time. Born as Eugenia (Part 1), she continued her life to take the role of Jane (Part 2), a more anglosaxon name to pronounce among her British expat friends during her years in India;  Part 3 is Indra Devi, her yogini name, and finally, Part 4, is Mataji, another word for mother, as many of her students and friends called her during the last phase of her life.

Indra Devi’s life was, without a doubt, fascinating. Far from being peaches and cream, her existence was marked by a great deal of displacement, war, disownment, struggle, solitude, fear, and traumas. Every chapter of her waking hours was characterized by a completely different context, country, mental state, and political and social scenario. Raised under the Russian Empire by her grandparents, she then aspired to become an actress like her mother. Although at the time this profession was frowned upon and often compared to prostitution, Devi managed to make a respectable career for herself, first in Europe, and later on in Hollywood. Faced with the constant need to belong to something and seek spiritual growth and development, she traveled to the East alongside her husband at the moment, who was a Czech diplomat. In India, Devi found her true self and became involved with many important political leaders, such as Nehru and Gandhi- and eventually also received training in the discipline and philosophy of yoga with gurus, such as Krishnamacharya. Important to mention is the fact that at the time (contrary to nowadays), yoga was a practice reserved exclusively for men. No foreigners, and much less so women were admitted to teachings. However, Devi with the help of her diplomatic connections and charismatic personality (probably also her stubbornness), achieved what no one else did: to be trained by one of India’s most notorious gurus.

During her first encounters with yoga, Devi wrote: “The discipline of paying attention to the habitual way your thoughts unfold, to the familiar grooves of your mind, seemed like cognitive therapy, but cheaper. I loved that I could find psychological solace and a workout at the same time.”

As I mentioned earlier, Devi adopted several identities throughout her lifetime, and never struggled with the idea of grasping to the past. On the contrary, one of her life mottos was detachment, which some could argue, she took to another level, practically disconnecting from anything that got in the way of her absolute freedom. Although she was married twice, Devi never had any children or even really longed for them.  Her true platonic love and aspiration was her mother, but because she had abandoned her as a child to pursue an acting career, this is possibly the reason Devi adopted her philosophy of un-attached love from such an early age.

The book is not only a great bibliographical account of Indra Devi’s life, but also a great contribution to the history of yoga itself, from its growing popularity in Kremlin Moscow in the 1900’s, to its influence on the esotherical movements such as the Theosophical and Anthrosophy societies around Europe, Nazi ideology (“heavily emphasized bodily purity through diet, rhythmic gymnastics, homeopathic medicine”…) to New Age movements in the U.S decades after,  and the development of modern yoga in India with gurus such as Krishnamacharya, Vivekananda, and later on, Patthabi Jois and B.K.S. Iyengar.

After all, Devi’s historical accounts encompassed 102 years of great political, social, cultural and spiritual revolutions. Throughout her life she struggled with bureacracy, restlessness, fear, and instability. Her early years were marked by war- although her privileged position as an aristocrat together with her good manners, luck, and charisma helped her to stay unscarred. Moreover, her ability to remain untouched in spite of upheaval and calamity alongside her passion and discipline for yoga, not only characterized her, but also honored her with a long and rewarding life. As the author writes: “she had a pilgrim soul and could find peace anywhere on earth.”

She viewed yoga as a method for improving oneself, as a type of self-psychoanalisis which she took very seriously. Adopting a vegetarian diet since the 1920’s, Devi was adamant about eating “cadavers” or  “dead food.” She cherished her independence above everything else and was focused on her spiritual development, and later on on teaching and disseminating the lessons shared to her by her gurus. She lived in the present moment, often ignoring and covering up the scars and people of her past. She was gentle mannered, but had a fierce and stubborn personality, which few people were able to tame. She truly believed  in yoga and its benefits for humankind, and the truth is, that we in the West know and receive yoga’s benefits in part too because of this woman, who was one of the pioneers in spreading the yoga movement, although continues to remain unknown to the great majority. 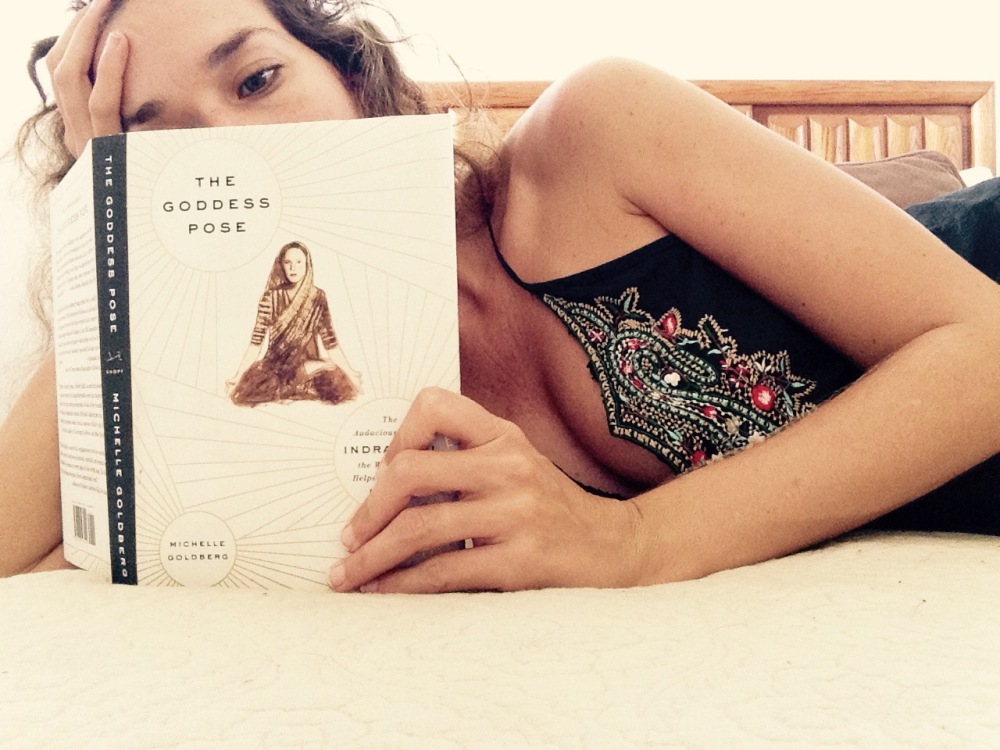