A Potpourri of International Films Worth Watching 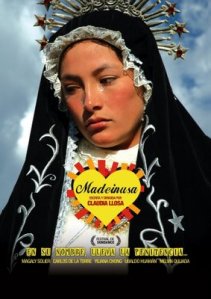 Is a Spanish and Peruvian production directed by Claudia Llosa. The film takes place in an imaginary village in the middle of the Peruvian mountains called Manayaycuna, a word which means “the town where no one can enter” in Quechua. A young guy from Lima arrives unwillingly to the town during Holy Week, amid a festivity where a strange tradition is followed during that precise weekend. The locals believe that since God is dead and therefore cannot see, nothing is considered a sin. Madeinusa (beautiful Magaly Solier) is the main character, a local Quechua girl who is forced to deal with her father’s incestuous desires with her sister and herself- wishes to be taken to Lima, where her mother lives. A series of events develop where it is possible to observe one of the main themes: traditional village life and its many contradictions regarding religion, sex, and encountering the Other. Cinematography rocks and so does the script! 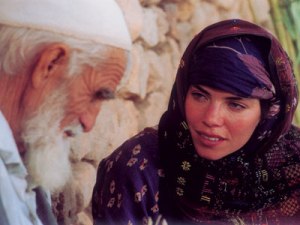 Mehdi Charef is the director of this Algerian film that portrays the story of Rallia, a beautiful girl, originally from a village in the Maghreb, but raised by an adoptive family in Geneva, Switzerland- who has decided to search for her mother who abandoned her when she was a baby. Holding on to this hope she returns to her traditional northern African village to find her grandfather and her lunatic aunt, although not her mother, who is supposedly working as a cleaner in a luxury hotel in another town. Rallia immerses herself in village life and eventually decides to venture to the city to find her mother.
The movie holds a central theme that goes beyond a daughter’s search for her mother. It strongly criticizes gender roles in northern African Islamic villages and portrays a bipartisan view of western versus eastern gender and cultural values and appreciations. Plus, in the end you will be surprised… Check it out! 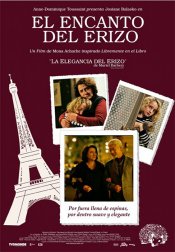 In this film directed by Mona Achache, the general themes portrayed are the pathological compulsion for accumulating wealth, objects, and money versus the loneliness and extreme depression experimented by many people living in a large city as is Paris. The Sea Urchin is a great story involving Paloma, a pseudo-genius girl who lives with her parents and sister in a luxurious Parisian building and is incredibly depressed despite her young age. She insists she will commit suicide before her 11th birthday and therefore decides to document all the movements and conversations of the people around her in an effort to prove that everybody is incredibly depressed, neurotic, and unsatisfied in their lives. The film also portrays another relationship that develops between the building’s concierge, another neurotic and extremely lonely woman and a very wealthy Japanese man who ends up falling for her and teaching her to love again. Great storyline! Totally worth watching!