Last night my good friend Edyta Juszczyszyn, director of InPolish Language Academy in collaboration with the International Friends of Wrocław Club hosted a Polish Film Evening where the classic sci-fi movie, Seksmisja (Sexmission in English) was screened and discussed. As a fan of Polish films, I didn’t hesitate to attend and was pleasantly satisfied with my decision in the end.

Seksmisja was produced in 1983 during Martial Law in Poland, a time when the authoritarian government of the People’s Republic of Poland restricted daily life in an attempt to crush political opposition.  Martial Law was considered to be a “state of war”  where several hundreds of political opposers were imprisioned, while many others were killed. Telephone lines were also disconnected, mail was censored, independent organizations were delegalized, and lessons in schools and universities were suspended. Moreover, the military practically managed every source of communication, civilian telephone conversations were monitored, journalists and teachers were banned from their professions, as well as many daily activities were forbidden. It was a time of strict censorship in Poland and till this day it is still possible to witness the effects of this tyranny through people’s attitudes, as well as other cultural and artistic expressions. 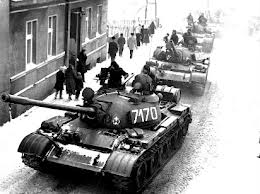 Seksmisja is considered to be a classic Polish cult science fiction flick, which blends satire and humor in an attempt to portray what Polish life was like during these two years. Jerzy Stuhr, one of Poland’s leading actors, who has also starred in many of Kieślowski’s films, is one of the leading characters. Basically, the plot of the movie is that these two guys, Max and Albert, have agreed to undergo the first human hibernation experiment. Instead of waking up a few years later as was planned, they find themselves in the year 2044 in an oppressive female society where men have become extinct.

Max and Albert suffer the abuses from these tyrannical women who believe that men are evil and this is the reason why they have been exterminated. The women finally decide that there is no point for these guys to exist anymore so through a court hearing they determine to put them through a “naturalization” process in which their sex will be changed. Finally, after many attempts, one of the female scientists helps them escape this world of oppressive feminism where no one is allowed to exit the highly technological huge building where everyone lives because of their fear of lack of oxygen and radiation outside. In the end the guys are able to escape wearing space-suits and once they find themselves in the outdoor world, they realize that they are in fact able to breathe without the suits. Later on they find a beautiful house in the woods where they end up living and enjoying life’s simple pleasures such as fresh food, sex, and liberty.

Seksmisja is a must-see not only for people who reside in Poland, but for everyone who is curious about the world during the post-war period, the communist bloc, and the female participation in all of this epoch. It contains heavy satire and allusions, while also making you laugh at the outrageousness of the situation. 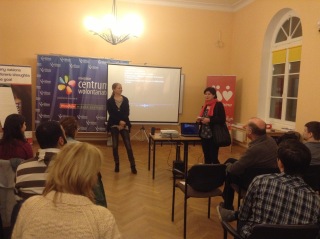 According to actor Jerzy Stuhr’s daughter, Marianna, who was invited as a guest to last night’s screening, the movie has also greatly influenced Polish slang. There are many phrases taken from it that are still used today. “During Martial Law people had no access to international movies, so they would watch this film 20 times. It would give them an opportunity to laugh”, she said. The funny thing is that 30 years later, Seksmisja is still on the stalls of many popular stores and continues to be considered leyendary. Most of it was shot in Krakow’s underground salt mine, a UNESCO Heritage site, so the visuals are also truly stunning. The film  perfectly captures the feeling of being stuck in a tyrannical system, in this case ruled by women, which is another allegory of Martial Law.

According to Marianna, dictatorships such as this one had one positive thing, for they encouraged artists and filmmakers to unveil their deepest emotions and ideas, which were otherwise forbidden in everyday life. “With freedom of speech it gets harder to push yourself and produce such works of art like this one”, she says.